As PR agencies finally wake up to the new integrated marketing world, they are increasingly throwing about  the term “PESO” to refer to “Paid, Earned, Shared, and Owned” content. Why they would want to brag about their results using something that is currently worth $0.07 is beyond me. Or perhaps that is exactly what it’s worth.

In reality the way most of the agencies (except of course those rarefied few who have modified their measurement practices to be in compliance with the Social Media Measurement Standards) throw about terms like engagement and influence, they might as well be worth $0.07

As it happens, The Conclave already spent quite a bit of time debating whether “shared” content deserved its own category. In fact, we debated it again two weeks ago and came to the same conclusion: When someone shares a piece of content, that share is “earned” because presumably someone felt the content was good enough to share. In other words, it earned the right to be shared. So why do we need yet another category? Plus, when a media outlet posts a piece of content, it’s designed to be shared, so the shared category is essentially redundant.

Every time The Conclave has had this discussion, we have concluded that the correct terminology should be “POE”” — “Paid, Owned, and Earned.” And why wouldn’t you want an acronym that reminds you of one of America’s greatest poets? And one with a history in the field of measurement… 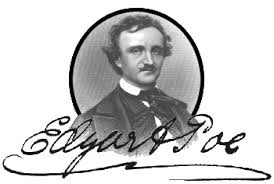 I refer of course to that greatest of American measurement creations, Measurement Maven Danielle Brigida’s classic, The Return:

Once upon a non-profit theory, measurement was weak and weary,

Over many a quaint and curious meetings with little to account for,

While I nodded, nearly napping, an idea for a strategy came a tapping,

What if measurement could include social interactions and what they stand for?

Instantly I knew, this was something I must explore

Ah, distinctly I remember, I wanted the opinion of a member,

Because it is each separate inspiring member, That I do wildlife justice for

So I tweeted, questions and links, to see what each member thinks

But from my stats surcease of sorrow, I realized – some things you can’t keep score

Aside from rare and radiant traffic spikes, there was nothing traditional to record

I thought this it is, and nothing more.

It was our executive VP who had unfounded belief in me,

Thrilled me filled me with fantastic insight I’d never known before;

So that now, to still the ADD of my moving mind, she stood repeating

“Remember at NWF it’s revenue, reach and engagement that we push for

Only this and nothing more.

Suddenly, my soul grew stronger; hesitating then no longer,

You sure? said I, for Madam, truly it’s a return hard to account for

But the fact was I kept tracking, never loafing, never slacking

And so slightly traffic came tapping, tapping on my website door,

Not just linkbacks here but something more.

Deep into the analytics peering, long I stood there wondering, fearing

Listening, and dreaming dreams no marketer ever dared to dream before

Instead of traditional ROI abounding, I saw something even more astounding

And the only thing I could think was How can I measure engagement more?

This I whispered, and an echo murmured back the word “explore”

Merely this and nothing more.

Back into my cubicle turning, all the questions within me burning,

Soon again I started tweeting more strategically than before.

‘Surely,’ said I, ‘surely there’s a chance for program assistance;

Let me see then, a potential instance, and this mystery explore –

Let my mind be still a moment and this mystery explore; –

‘Tis a test and nothing more!’

With #NWF as the hash tag; Wildlife sightings perhaps would not lag; (for all to brag?)

Updates made by phones to twitter, are searched more easily than before –

Searched using Twitter Search with no URL to look for –

Perhaps with this we will engage more.

With the wildlife we’re compiling, We could keep the scientists smiling,

And lose the grave and stern decorum that was our storytelling before,

‘Though tweets are short and fitted,’ I said, we’ll increase the total submitted

Ghastly grim and empty forums we’ll be faced with nevermore!

Tell me what thy wildlife name is on the twitter feed-but be sure!

Then, methought, the air grew denser, social media had no censor

There were still those unbelieving, even worse were those misperceiving

That Twitter was the answer to all their programs’ problems evermore.

Traffic, comments, tweets and other means of engagement to record.

Yet it is important to remember, that goals determine the ROI accounted for

So there I was, sitting lonely needing support, but thinking only,

And the idea, instead of dying was kept alive and continued flying

On the social sites that are intuitively fantastic for good rapport

But trying to pinpoint every intangible value is simply uncalled for

Though I love data, traditional numbers are so far from social media at it’s core

It’s the relationships I adore

And anxiously anticipating metrics that assign value even more;

And my hopes have all the seeming of a marketer still dreaming,

That my efforts not in vain, will yield intangibles and metrics all the same

This I hope and so much more.

Katie Paine
I've been called The Queen Of Measurement, but I prefer Seshat, the Goddess.
Recent Posts
Get in Touch
From the Blog
Twitter Feed
Follow Us on
Our Mission
Paine Publishing exists to help organizations establish effective, meaningful communications measurement programs that are in compliance with published industry standards.

Send us an email, and we'll happily get back to you ASAP!